One of the things I love about being from Colorado is how I have developed a deep appreciation for good beer. Colorado is a mecca for smaller artisan micro breweries and no matter what brewery you walk into it is almost always guaranteed you are going to get poured something cold, refreshing, and delicious. I equate the brew culture in Colorado to that of the wine country in Northern California. Obviously outstanding wine is not hard to come by in the city, but when it comes to really good beer it has been more of a struggle. Then a few years ago it happened, the city started to have a beer movement. All of a sudden breweries, craft beer stores, and beer bars started popping up everywhere. You can only imagine my delight when I realized good beer could be found outside of the Rockies. Anytime a new place opens I make it a point to go and check it out. Last weekend I ended up doing what felt like my own brewery bar crawl and I thought I would re-cap for everyone some of the key players that I went to and what I liked about each place I had a pour in.

Triple Voodoo Brewery and Tap Room just opened in the Dog Patch district during San Francisco Beer Week in late February. Of course with my love of beer and with the brewery being only a hop, skip, and jump away from my apartment it obviously took less then a week from opening before I  went to check it out.  Walking into the brewery the first thing you notice is the space is large and industrial, but is also able to create an inviting atmosphere. 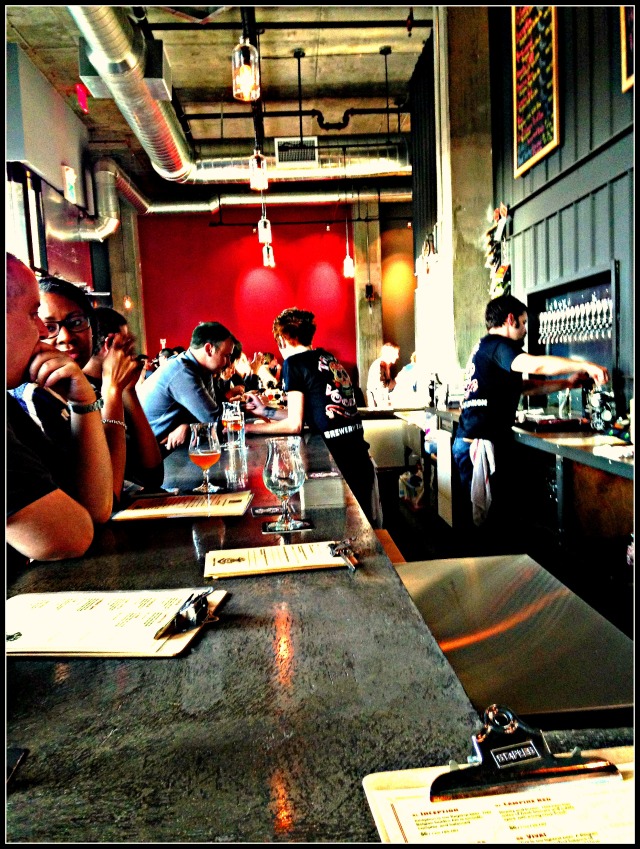 They offer about 7 different beers on tap and have a good range of lighter Belgian beers, IPA’s, a Red Ale, and even a darker stout.  I can never make up my mind on what I want to try when I go to a brewery so I decided to go with the taster of four 4 oz beers, which I highly recommend for your first time here. Across the board all of their beers were truly fantastic! I tend to like lighter wheat style beers or heavy stout’s. My two favorites here were the Inception which is a Belgian style ale and the King’s Leopold which is a dark Belgian stout. When I was there last Friday I was lucky enough to taste part of a special batch of the King Leopold Stout infused with coffee. I can’t even describe how smooth, rich, and delicious this beer was! I am not an IPA fan, but the 8 Tentacles IPA should be on your list if IPA’s are what strike your fancy.

The staff is friendly here and really accommodating, which has been consist with all 3 of the time’s I have been to the brewery. Overall this place is just plain awesome. I would say the only downside to Triple Voodoo is they do not offer food and there is no outdoor space to enjoy a beer in the sun. So if you are looking for more then just a drink you won’t be in luck at this place, however they are fine with you bringing in your own meals and snacks.

Lagunitas Brewery is located just north of San Francisco in the city of Petaluma. I ventured up there last Saturday for the first time to celebrate a friend’s birthday. I had always wanted to check out the brewery and although 45 minutes is not that far, sometimes it takes an event to finally make it happen.  We happened to go on one of those rare bay area sunny days which I think helped in making this brewery experience even better. 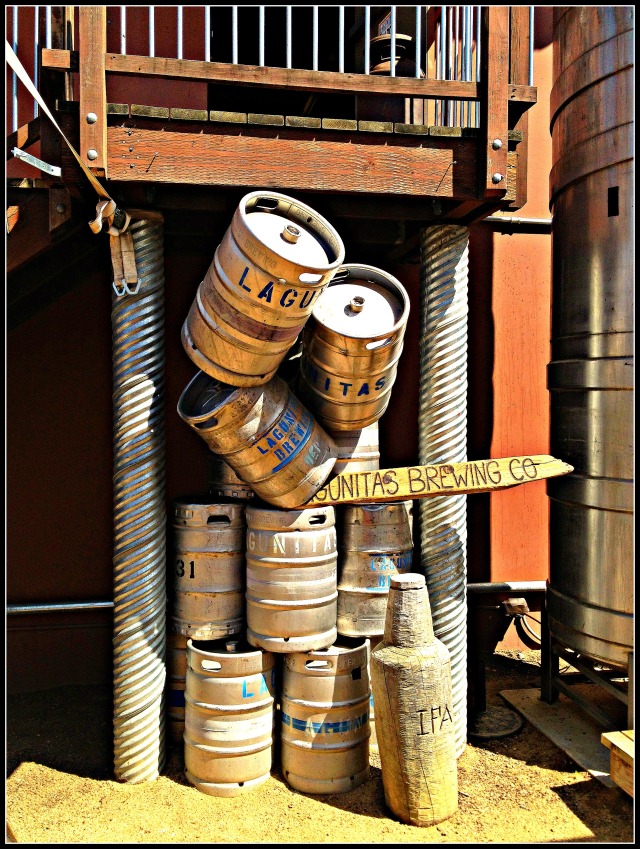 We sat outside in the crowded atrium at one of the communal picnic table’s and from the moment we took a seat you could feel the relaxed and inviting vibe of the crowd. Lagunitas had a huge menu of beers. Some I have tried many times over at local bars, however they also had a great selection of beers you could only get at the brewery or seasonal brews. In my typical fashion I ordered the taster of four 4 oz beers so I could get a range of all of the different selections they had to offer. My absolute favorite beer of the day was the Hairy Eyeball. Lagunitas describes this beer as rich, thick, dangerous, and chocolaty. If those adjectives along with the name don’t sell you on the beer I don’t know what will.

After my taster flight we went on to take the brewery tour. As for brewery tours I would say there was nothing special about this tour. If you have never gone on a brewery tour and actually walked through how beer is made then I would say it is worth your while. If brewery tours is something you have done at multiple breweries before then I would say skip it and just enjoy the music, beer, and food instead. Speaking of food I ended up ordering the special of the day which was a hummus and veggie wrap with a side salad. Surprisingly this meal was really healthy and tasted terrific. Finding a healthy food option at a brewery is not usually a simple feat, so this made me very excited. 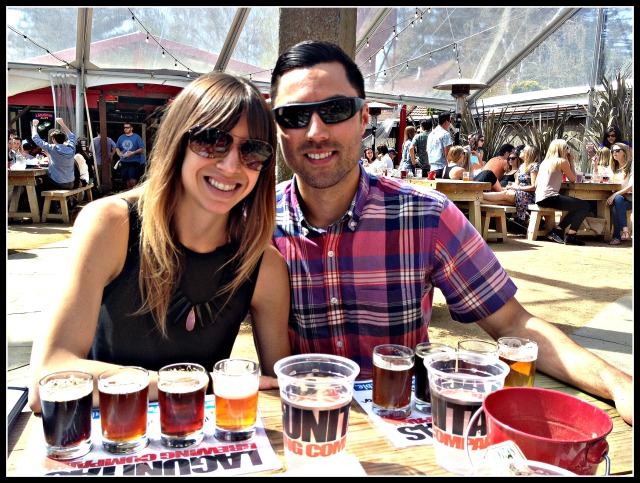 The trip culminated with a stroll into the gift shop where I purchased another beer t-shirt to add to my collection. I figure a girl can never have too many beer t-shirts right? I would definitely recommend taking the drive up north and checking this place out, however make sure you go on a sunny day so you can really utilize the outside area.

The last stop on my brewery bar crawl last weekend was the Southern Pacific Brewery which opened about 2 years ago in the mission district. I have been to this brewery on multiple occasions over the last couple of years, usually with a very large group of people for an after work happy hour or on a weekend day for some beer in the sun. Last weekend was the first time I ventured into this bar for a late night drink.  The place was absolutely packed with groups of people all jammed into the shared tables, something I had not experienced in the off hours I typically have been here at. We proceeded to the top bar area and were able to find a table to all sit at.

Southern Pacific like Triple Voodoo has an open, modern, and industrial aesthetic. They have a large outdoor seating area, which in the city is hard to find. Along with providing their own in house beers they carry a wide range of guest beers on tap and wine for those of you who are not into beer and wan’t another option. They have a full food menu, which is nice if you are looking for a meal or snacks. In general I have not been super impressed with either their beer or food here. The beer is not awful, however it is nothing special either. As for the food it is your typical unhealthy bar grub. Although they do offer salads and have flat bread pizza’s which do come with a lot of vegetables on top. I would say this place is good for off peak hour group get together’s, but I would avoid on a Friday or Saturday night unless you want to be in a loud crowded warehouse.