Learning to Like Spicier Food– I have always found it fascinating the differences we all have in our tastes. For instance I hate cilantro, but I know many people out there who love it. Spicy food is along the same line, for some the burn is not that bad or very enjoyable. Others it feels like they may die from it. This article is interesting as it touches on why some people can tolerate spice and others cant. It also gives ways to improve your tolerance. “Researchers noted a positive correlation between the levels of testosterone in a subject and the amount of hot sauce he chose to apply to his potatoes: Those with higher levels drizzled on more of the spicy condiment. Those men also shared tendencies towards social dominance, aggression, and risk-taking behaviors, the researchers found.”

What is Siphon Coffee, and How is it Made? One of the perks of living in the Bay Area is you get immersed in new food and alcohol trends. Not only new trends, but really good ones. Right now coffee is really big in San Francisco and I for one am 100% on board with it. Most of the artisan coffee houses in the city offer siphon coffee. I have yet to try it, but since I keep seeing it pop up as a premium choice I thought it would be good to look into what the process of making Siphon coffee is.

Should Athletes Eat Fat or Carbs?– “Exercise scientists long ago established that endurance training makes athletes better able to use fat as a fuel. And that metabolic adaptation prompted many scientists and coaches in recent years to wonder what would happen if you extended that ability to its farthest extreme and trained an athlete’s body to rely almost exclusively on fat, by removing almost all carbohydrates from the diet and ramping up grease intake?”

Processed Food Additives May Alter Gut Bacteria– A short article on  how researchers have looked at a study with mice and have determined a common ingredient called emulsifiers which is found in a lot of processed foods might increase the risk of inflammatory bowel disease (IBD) and metabolic syndrome. A short read.

The Skinny Carb– With all of the different messages being sent to people on what a healthy diet is, researchers decided to give a group of people one message. Eat more fiber. It is interesting to see the results compared to the group who was watching everything they ate. 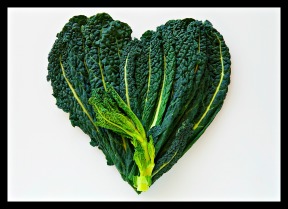